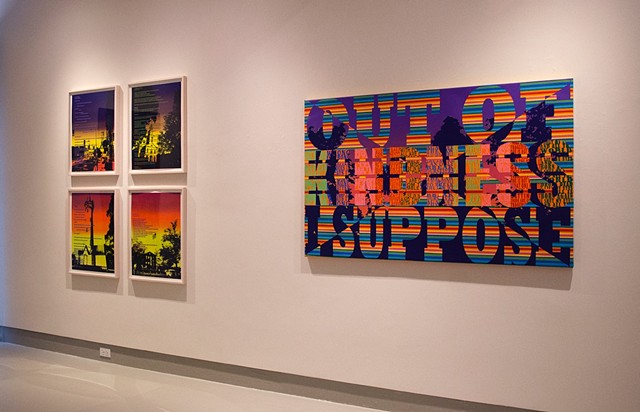 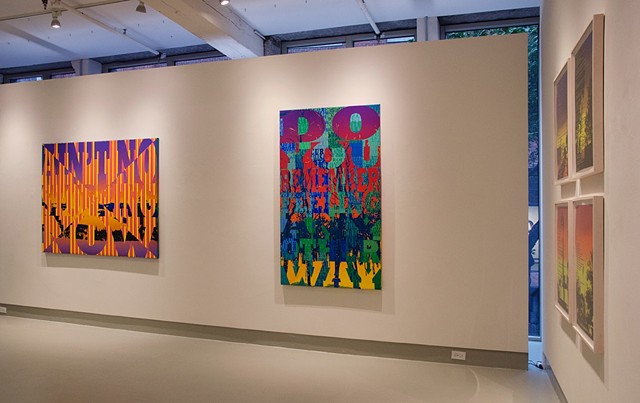 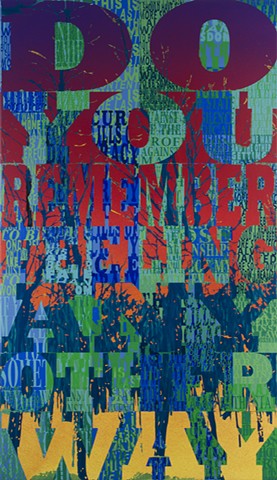 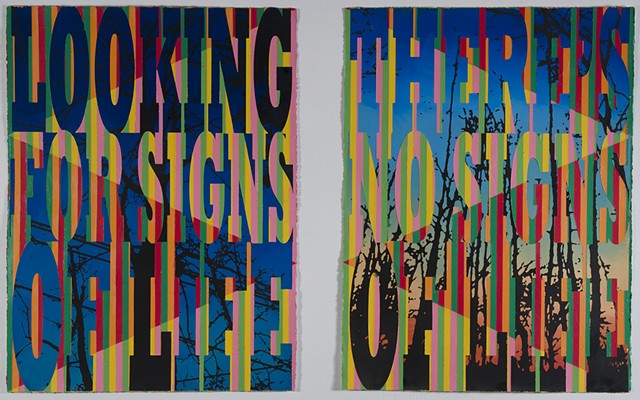 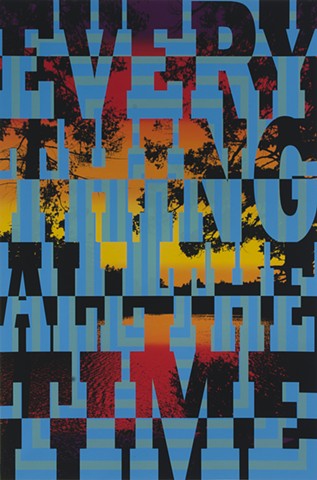 Everything all the Time
Silkscreen on Paper
36 x 24 in

Half Hours on Earth, What Are They Worth
Acrylic on Paper
60 x 24 in 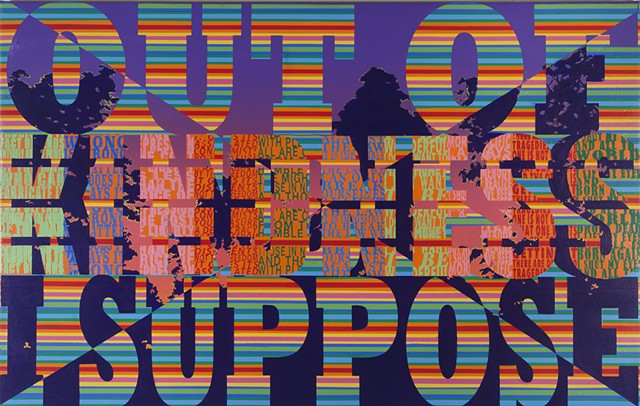 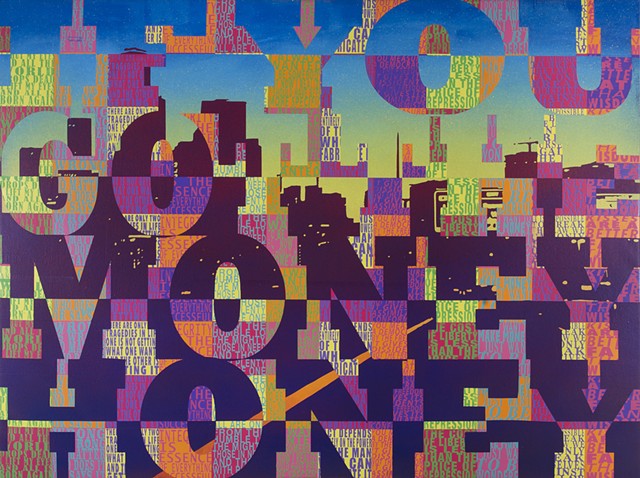 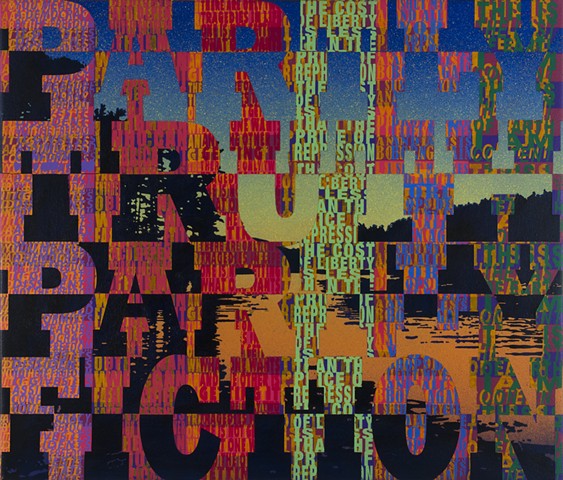 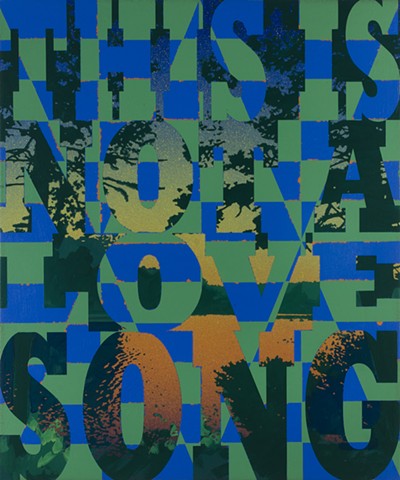 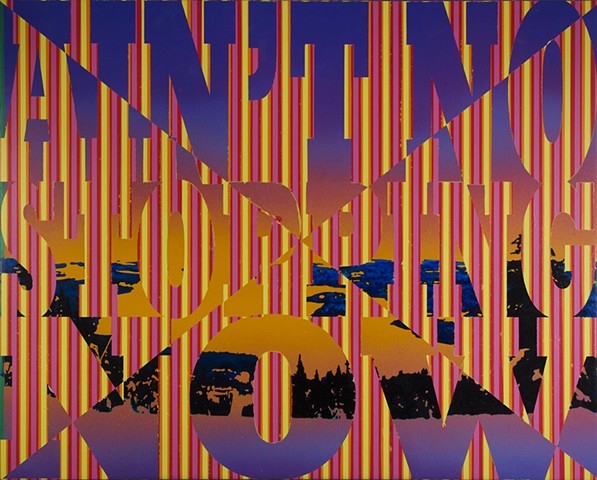 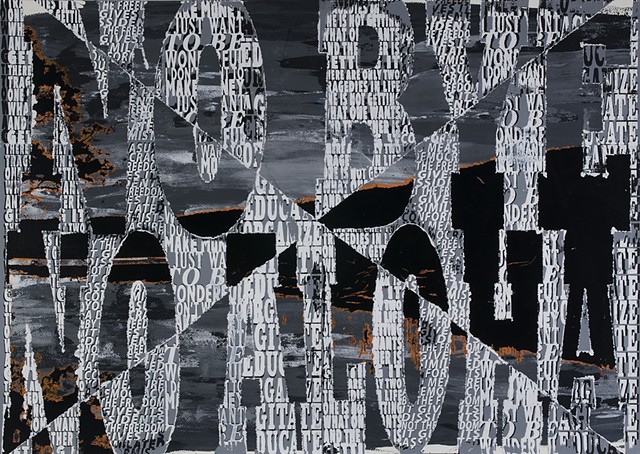 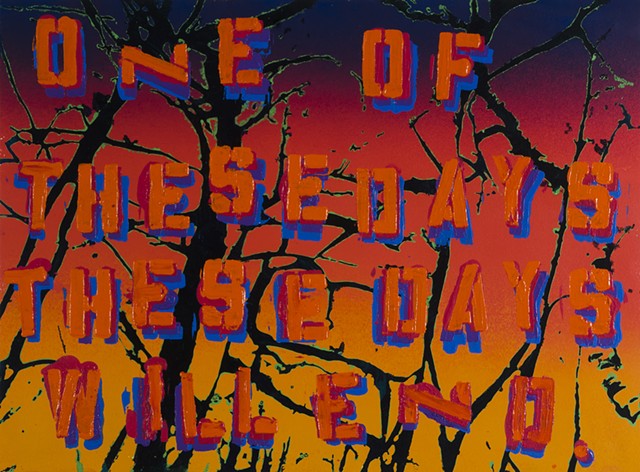 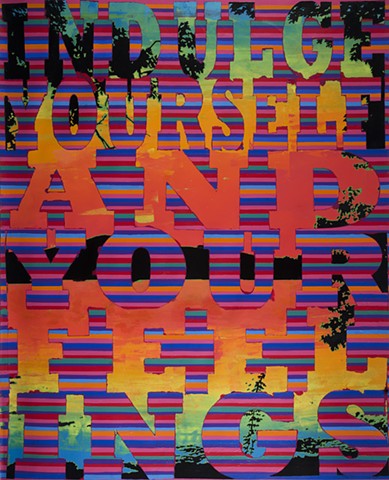 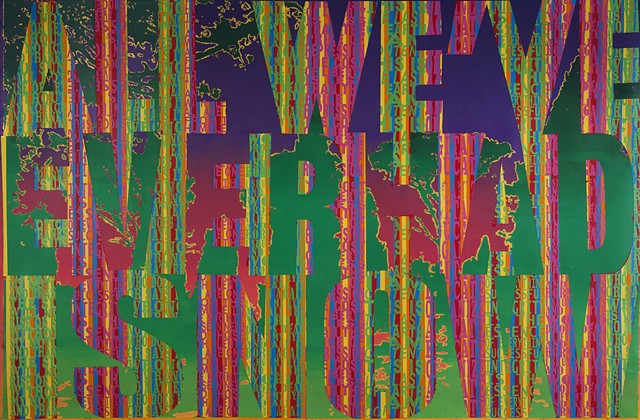 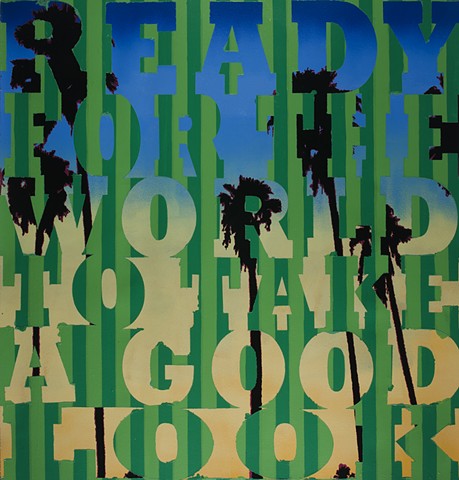 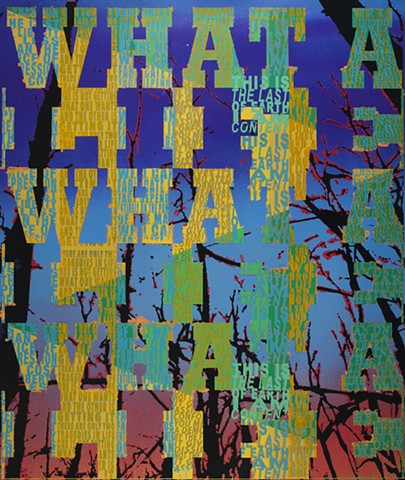 The majority of these pieces were included in the solo exhibition at the LaMontagne Gallery titled "I'm Afraid of Americans" held in the autumn of 2021. Press release below:

I’m Afraid of Americans October 22nd - December 18th, 2021 LaMontagne Gallery is pleased to present Joe Wardwell, in his solo exhibition I'm Afraid of Americans. The opening reception will be on Friday, October 22nd, 5 - 8 p.m. Can artists respond immediately to their times? They sift and ruminate, and time passes before they can generate new vantage points, new forms, from which to reflect. This show is not like that. There has been no time to pause. These paintings were created in a country that threatens its citizens and then riots to support injustice; in a world unable to breath through smoke and struggling with sea, rain, and mud. Though not without small glimpses of hope, these paintings grapple with the past years in real time. The earliest paintings in this show, “Looking for Signs of Life” and “There’s No Signs of Life” were created in the first months of the lockdown. The text are lyrics from “Signs of Life” by Arcade Fire; a song about youth desperately roaming the streets for nightlife. Their search for contact echoed the artist’s feelings during the lockdown as he biked through empty streets to the isolation of the studio. In the paintings, however, the overflowing tension and energy of quarantine translates into visual complexity that overcomes the vacant streets. The past months have made one thing clear; no crisis hurts us by itself. Healthcare Failure is Democratic Breakdown is White Supremacy is the Climate Crisis. Painters, we hope, can still scratch out some signs of life amidst these human-created disasters. “Half Hours on Earth, What are They Worth” joins the call of environmentalists begun a half-century ago, to see the ashen skies that fill the skies of the West Coast. The burning forests have changed the clear summer skies of Wardwell’s upbringing into surrealist palettes that should only be found in paintings. Perhaps if we see it on canvas, we can respond better when we look away. The painting “Partly Truth, Partly Fiction” and the wall-work “I’m Afraid of Americans” reflects the barrage we are enduring, and enduring unequally. They are invitations for those of us who call the US home to examine what we should fear about ourselves and that which we could embrace. The mixing of fact and fiction are part of how we motivate ourselves, and how we might imagine better futures. Fantasy illuminates the paucity of the now with a better soon-to-be; or it can pose as fake authority wielding real power. Too many Americans have taken terrifying comfort in walking away from truth, credibility, and compassion; these works are painted to support those who would be swayed to care. The landscapes of youth contribute a certain poignancy and anger to the work, permitted by the passage of time and accented by the found texts. Painting the spaces of the present poses new challenges with little space for collecting thoughts. The results, including Wardwell’s first cityscape, “If You’ve got the Money Honey” and the print portfolio “Roxbury, a Small, Little, Giant of a City” look out of the studio window to the neighborhoods of Boston. The view has become increasingly hard to look at, and it shows the differential impact of the many crises addressed in the show. The first enlists the Guns n Roses lyric as an ironic charge against the increasingly unlivable expense of our own city. The painting has a bird's eye view; or literally from the fire escape of the Humphreys Street studio building, which might be demolished by developers continuing their march through Boston. A view from street level, however, from those whose communities are being displaced, has become more visible through the collaborative Portfolio “Roxbury, a Small, Little, Giant of a City” created as part of a public art commission for the Roxbury Public Library with writers from the Youth Literary Advisory Board of the literacy and educational non-profit, 826 Boston. The experience offered Wardwell the first chance to select themes, think about issues, and use his practice of text image layering to support the words and work of other artists. No longer found text, this writing was generated as part of the process of creating murals for the Roxbury Public Library. Unlike the paintings in this show, generated through the hectic, sometimes panicked self-isolation of the pandemic, the mural and these prints were the product of deliberate conversations about poetry, politics, home, community and the form and content of public art. Through the many themes and voices of the 826 YLAB writers, mingled with personal narrative there is also an indictment of systemic inequities in Boston, and a poetic act of protest aimed at the transformation of Roxbury and our greater city.