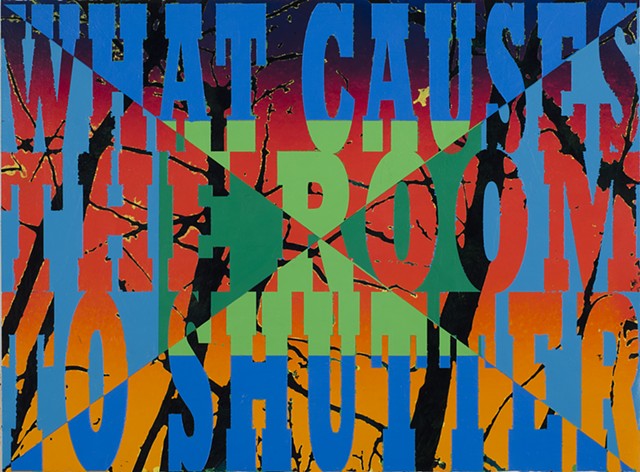 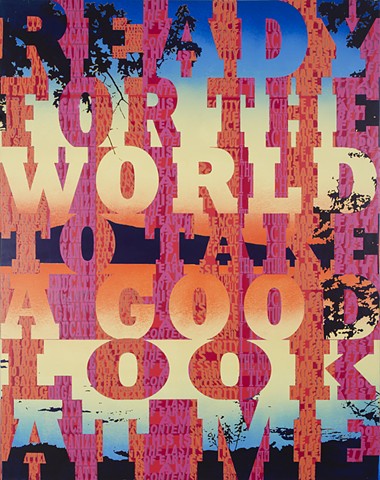 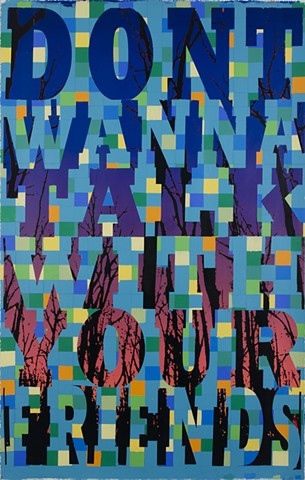 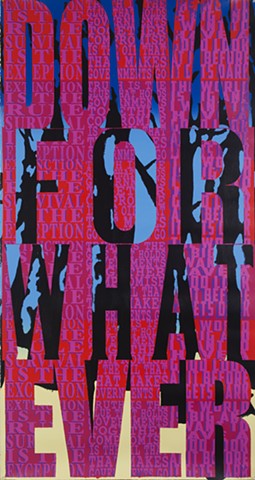 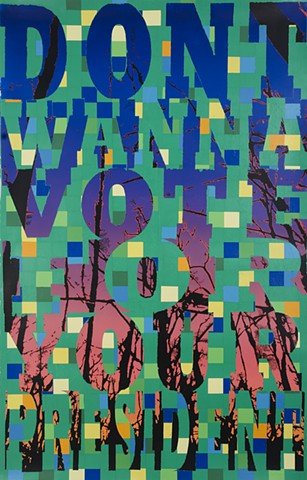 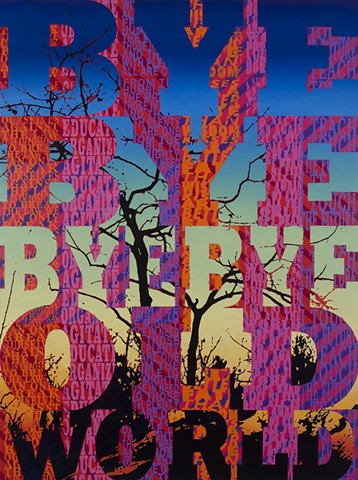 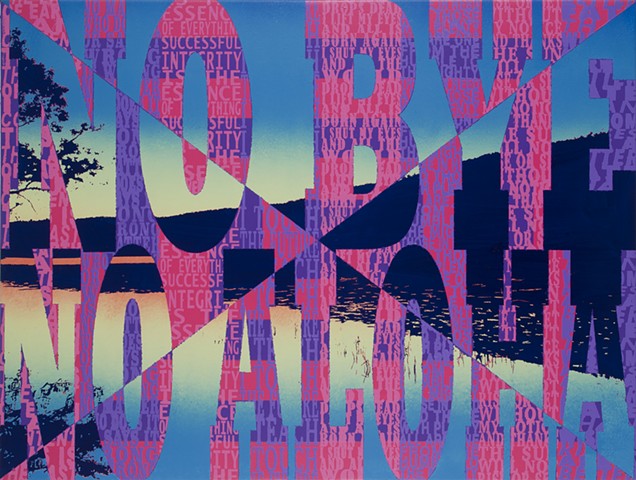 The majority of this work was included in the 2018 exhibition, "Everyone's Moved Off to One Side", at the LaMontagne Gallery. Press release below:

We made it to 2018. Now more than ever, we need to pay attention to 'the local', to place, and to the cultures and histories and expressions that rise up from our communities. We need to speak, and listen, and look. This show is about Boston. It is rooted in the Massachusetts landscape and it is founded on the creativity of musicians, poets, activists, and intellectuals who have called Boston (or greater Massachusetts) home. Reaching deep into the history of a place, Everyone has Moved Off to One Side, weaves narratives that reflect on the complex history that lies behind us and propose routes out of this particular American wilderness.

These paintings start with music. The words of Boston’s music scene anchor this new body of work, each image featuring lyrics from the likes of Juliana Hatfield, Come, Galaxy 500, the Lemonheads, Mission of Burma, Human Sexual Response and others. Embedded inside these words are more voices revealing the chorus of the city and state to be more complex and diverse than is often realized. Speaking through the songs are Buckminster Fuller, Malcolm X, Susan B Anthony, Noam Chomsky, Christa McAuliffe, Leonard Nimoy, Donna Summers, John Quincy Adams and many more.

For all the reading these paintings demand, this is a show about looking. For all the import placed on culture, this is a show about nature. The rich layered texts take form over stenciled visions of sunsets, seascapes, lakes and woodlands of the Massachusetts landscape locating the text in the environs in which it was spoken or sung. Borrowing from both Hudson River School and Pop, the landscapes invoke a history of thinking about place that includes both Frederic Church’s Twilight in the Wilderness and Andy Warhol’s flower paintings.

This show is about representation, but not about realism. In fact, questions facing us today about how our nation should be depicted, and how its people deserve to be represented are deeply rooted in abstractions. Laid overtop the lyrical and philosophical texts, complementing the scenes of the glowing end of day, are geometric fields recalling the cool abstraction of Ellsworth Kelly (who called Boston home for many years), Gene Davis, Frank Stella, and Josef Albers. The chromatic bands of Ellsworth Kelly’s Blue Green Yellow Orange Red at the Museum of Fine Arts, Boston and Spectrum series receive a particular place of honor in this show.

Reflecting on this new body of work, Wardwell explains: “my adopted home of twenty years has nurtured and inspired me for the entirety of my professional career. Using the landscape and voices of the region, I create a visual language that talks about where we are as a people and depicts how we experience today’s reality of exponential simultaneity.”

Wardwell developed the process employed in Everyone has Moved Off to One Side for his 150 foot mural, Hello America: Forty Hits from the Fifty States, on view at MASSMoCA through 2020. The final works draw on a variety of traditions including Hudson River School landscape painting, Hard Edge Abstractions, Post-WWII Text Art, stencil graffiti, silkscreen, Bokashi method of wood block printing. Everyone has Moved Off to One Side, presents a true genre hybrid in which legibility and chroma, message and affect are of equal importance and no hierarchy prevails.